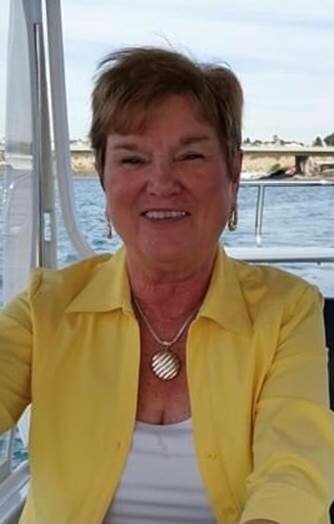 Judith (Judy) Ann Oeltjenbruns, 76, passed away March 11, 2022 with her family by her side and in the comfort of her own home in Mesa, Arizona. Judy was born in Charles City, Iowa on November 10, 1945, to Norman E. and Iva M. Helmers and spent her childhood with her beloved grandparents, Lew and Bertha Blunt. Judy moved with her family to Rudd, IA in her early teens and attended Rudd-Rockford-Marble Rock High School, graduating as a member of the National Honor Society in 1963.  She met her husband, Larry, in Mason City, Iowa that same year, on a blind date and they were married the next year on May 16th, 1964, enjoying 57 wonderful years of marriage together.

Judy dedicated her life to being a wife, mother, sister, grandmother and servant of God. She worked diligently as an Executive Assistant and finished her career at The Translational Genomics Research Institute in Phoenix, AZ.

After retirement, she and her husband traveled all over the United States and to several other countries, making friends at every stop.  Wherever they ended up was where they made their home, welcoming others to dine at their table, share stories, a game of cards or two and an evening full of laughter.  Judy was a strong, kind, and thoughtful woman. She was known for gestures of kindness and support to those she cared about, but also for her determination, her ability to organize and take charge in any situation she found herself in.

Judy is survived by her loving husband, Larry Dennis Oeltjenbruns; her children, Chris and Clarinda; her 5 grandchildren, Kaleb, Kenya, Parker, Devin, and Jayden; and her brothers and sister, Denny (Mary) Helmers, Ron (Ruth) Helmers, and Betty Neel. She was preceded in death by her parents, Norman E. Helmers and Iva M. Gruver.

At her request, no services will be held, but condolences may be sent to Larry and his family at 503 E. Cleveland Street, Lafayette, CO 80026.

Share Your Memory of
Judith
Upload Your Memory View All Memories
Be the first to upload a memory!
Share A Memory