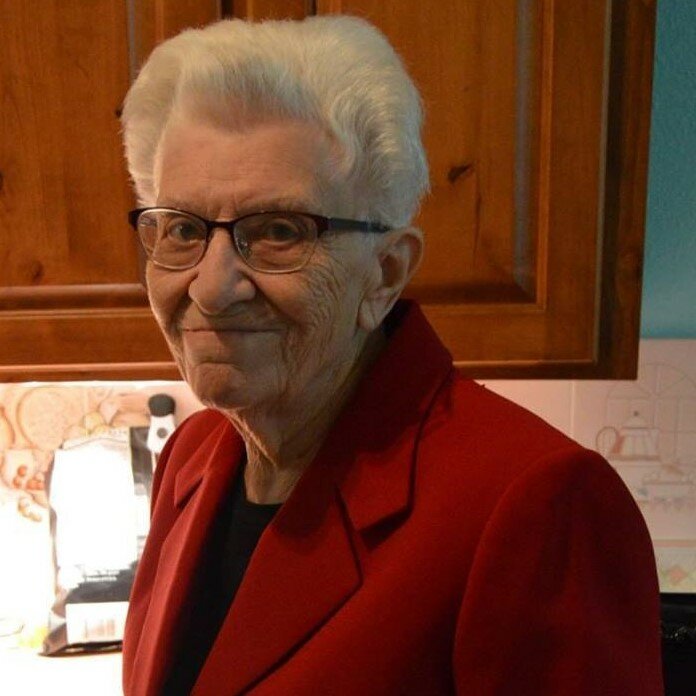 She was born July 19, 1929, at North Platte, Nebraska, to Rasmus and Lucinda Jeanette (Coller) Hansen.  She attended school at Cozad graduating with the class of 1947.  She continued her education studying teaching at Kearney University, Nebraska graduating in 1949.

She began her career as a teacher at Cozad, Nebraska from 1949 to 1952 followed by teaching in rural schools in the area.

On November 30, 1952 Arlene married Guy Ashton Beans Jr. and together they had five children.  In 1966 the family moved to Washington State and later made her home in Mesa, Arizona in 1992.

She was preceded in death by her husband, Guy Beans.

Services will be 10:30 a.m. Friday, December 23rd at Berryman Funeral home Chapel with David Haynes officiating.  Burial will be in the Cozad Cemetery.

Visitation will be prior to the service at the Berryman Funeral Home in Cozad, which is charge of the arrangements.

To send flowers to the family or plant a tree in memory of L Beans , please visit Tribute Store

Share Your Memory of
L
Upload Your Memory View All Memories
Be the first to upload a memory!
Share A Memory
Send Flowers