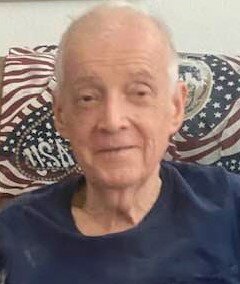 Stephen T. Coolen of Mesa, Arizona, died Oct. 1, 2022, surrounded by his family, after a battle with leukemia, he was 76. He was the beloved husband of the late Patricia (Cooke) Coolen for 38 years. Loving father of Richard Coolen, Clinton Currie and his wife Shaily Currie, and loving brother to George Coolen and his wife Merrie of Grand Lake, Colorado, and Janice (Coolen) Reynolds of Quincy. Proud grandpa to Tejas, Nikita, and Kavya Currie. He is also survived by nieces and nephews JC, Bobby, Lisa, Lynette, Cindy, Mary, and cousins Harry and Anita Coolen.

Steve was a graduate of North Quincy High School, class of 1964. He was a dedicated servant to our federal government for the entirety of his career. Including overseas while enlisted in the Air Force, letter carrier for the U.S. Post Office, civil service as a jet mechanic and later jet inspector for the Air Force, and finally as an agent with the U.S. Census Bureau.

Steve was easy going, intelligent, quick witted, and got along well with everyone. He was a lover of Boston sports and never missed a Patriots game. He was an avid reader, and also greatly enjoyed music, dominating trivia, playing backgammon, and dancing at the American Legion or the local casinos.

Donations in memory of Steve can be made to veterans organizations.

To send flowers to the family or plant a tree in memory of Stephen Coolen, please visit Tribute Store

Share Your Memory of
Stephen
Upload Your Memory View All Memories
Be the first to upload a memory!
Share A Memory
Send Flowers