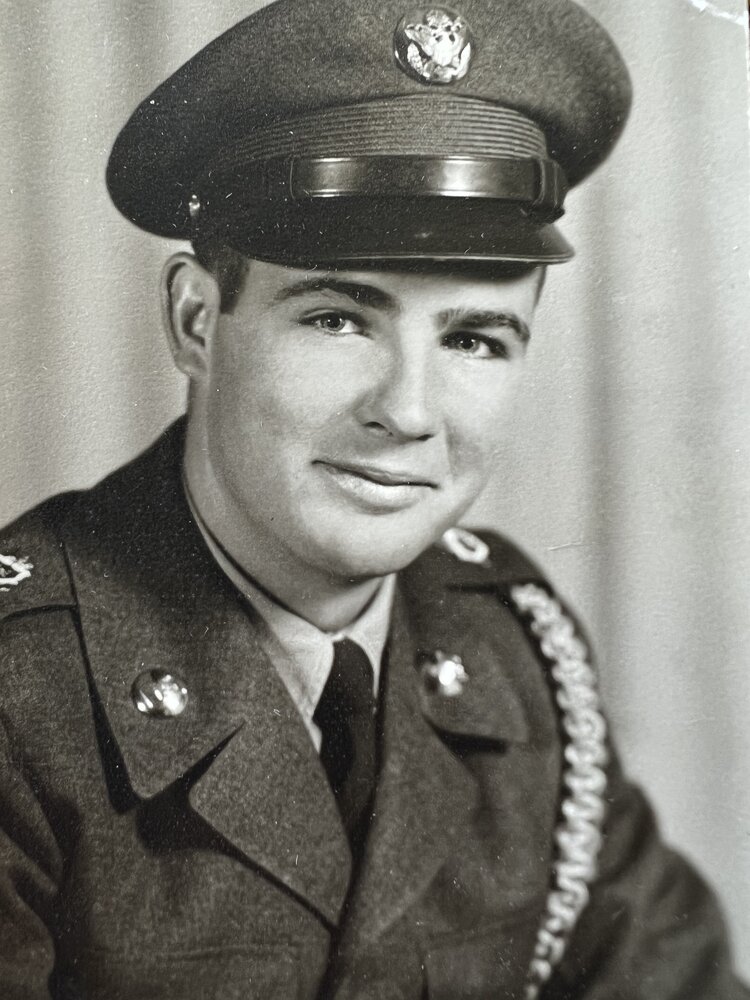 Four brothers and two sisters preceded him in death.

Bob spent much of his life in Nebraska where he and Loraine were owner-operators of several contracting and retail businesses as well as part owners and operators of a bowling alley that his bowling team purchased in order to keep it in Ogallala, NE. Bob was a skilled wallpaper installer and painter for both commercial and residential in Nebraska and later in Arizona. He enjoyed spending summers hunting and fishing in Nebraska and Wyoming and he and Loraine spent several summers as park hosts for the Army Corps of Engineers in Idaho and Kansas.

Bob was a veteran of the Korean War. His favorite pastime was “beating the boys” in pool at the Elks, V.F.W. and the Villa Alameda RV park, where he and Loraine lived in Yuma. He was also a longtime member of the Optimists.

Bob and Loraine started visiting Yuma, AZ in the early 1990s and eventually decided to retire there. Of course, Bob never really retired and was known as “Painter Bob” around Villa Alameda where he continued to help make the world beautiful. He also often volunteered to help out at park events and especially enjoyed working at the park auction where he could let loose with his jokes and jargon as the auctioneer, raising money for special projects.

Bob enjoyed trying to beat his granddaughter -- and anyone else who would play -- at cribbage. He loved watching golf and Cornhusker football. He also passed many joyful days helping his friend Kurt with remodeling projects.

He will be deeply missed by his devoted family and friends. He is survived by his wife, Loraine, along with his step son Robert Christensen (aka “Son Bob,” for those trying to have a conversation when both Bobs were present) and his grandchildren, Tamara, RJ and Larin along with great grandson, Max.

To send flowers to the family or plant a tree in memory of Robert Sherich, please visit Tribute Store

Share Your Memory of
Robert
Upload Your Memory View All Memories
Be the first to upload a memory!
Share A Memory
Send Flowers