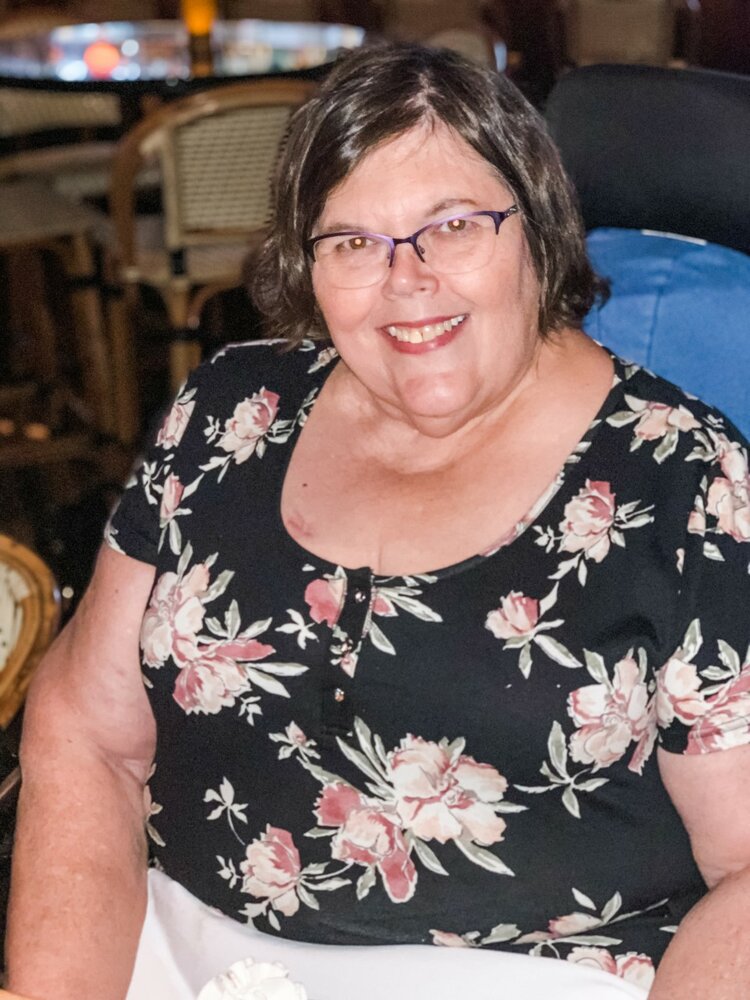 Carolyn was born on August 29, 1951 in Cortland, New York. She was the third of four children born to Fred Herbert Brusch and Charlotte Mary (Pollock) Brusch. She spent her early years growing up on her family farm in New York. Her family later moved to Iowa, where she spent her youth with her sisters Barbara (Robar), Patricia (Graves), and her brother, Michael Brusch. After moving several times throughout her childhood for her father’s work, she graduated from Marshalltown, Iowa High School in 1969.

Being a person of compassion and always wanting to serve others, she attended St. Luke’s School of Nursing in Sioux City, Iowa, and received her BSN in 1972. After graduation, she moved to Arizona where she began her career at Sun City Hospital in Sun City, Arizona. She worked at several hospitals in the valley throughout her career. Later she worked in nursing homes, and ended her career working in a primary care office. She loved her patients, and always strived to give them the best care.

Shortly after moving to Arizona, she met and later married Danny Crowley of Phoenix, Arizona on June 1, 1973. She and Danny were committed to each other and loved each other through thick and thin, experiencing the loss of a full term stillborn child their first year of marriage, supporting each other through Danny's Army reserve one year deployment to Saudi Arabia during Desert Storm, and loving each other through all the joyous moments in between.

Carolyn is preceded in death by her parents, her brother, and a stillborn daughter (Christy). She is survived by her husband Danny, son Shane (Alisha), and daughter Kelly Broom (John). Carolyn was thrilled to be grandmother to three boys; Kyle Crowley (Lauren), Trenton Crowley (Sonia) and Ryan Crowley (Mariah) and three girls; Zoe Broom, Sophia Broom and Kathryn Broom. It brought her so much joy to see and cuddle her great-grandchildren, Aviana and Jayden Crowley (Trenton and Sonia) and her most recent great-granddaughter Lorelai (Ryan and Mariah). She loved spending time with family. She especially loved watching her son and grandsons play baseball and football; as well as, watching the Diamondbacks on TV. She would be the loudest person cheering them on and loved it. She enjoyed watching her granddaughters in gymnastics, attending school performances and having them stay overnight to watch movies together and play games.

Carolyn was a talented organist and pianist, and in earlier years, played the keyboard for worship in her church. She had a unique gift for music. She often wrote her own songs, and could listen to a song and play the piano completely by ear.

Her faith was an integral part of who she was. She lived by what she believed, and was always putting others before herself. She will be deeply missed.

To send flowers to the family or plant a tree in memory of Carolyn Crowley , please visit Tribute Store
Wednesday
27
April

Share Your Memory of
Carolyn
Upload Your Memory View All Memories
Be the first to upload a memory!
Share A Memory
Send Flowers