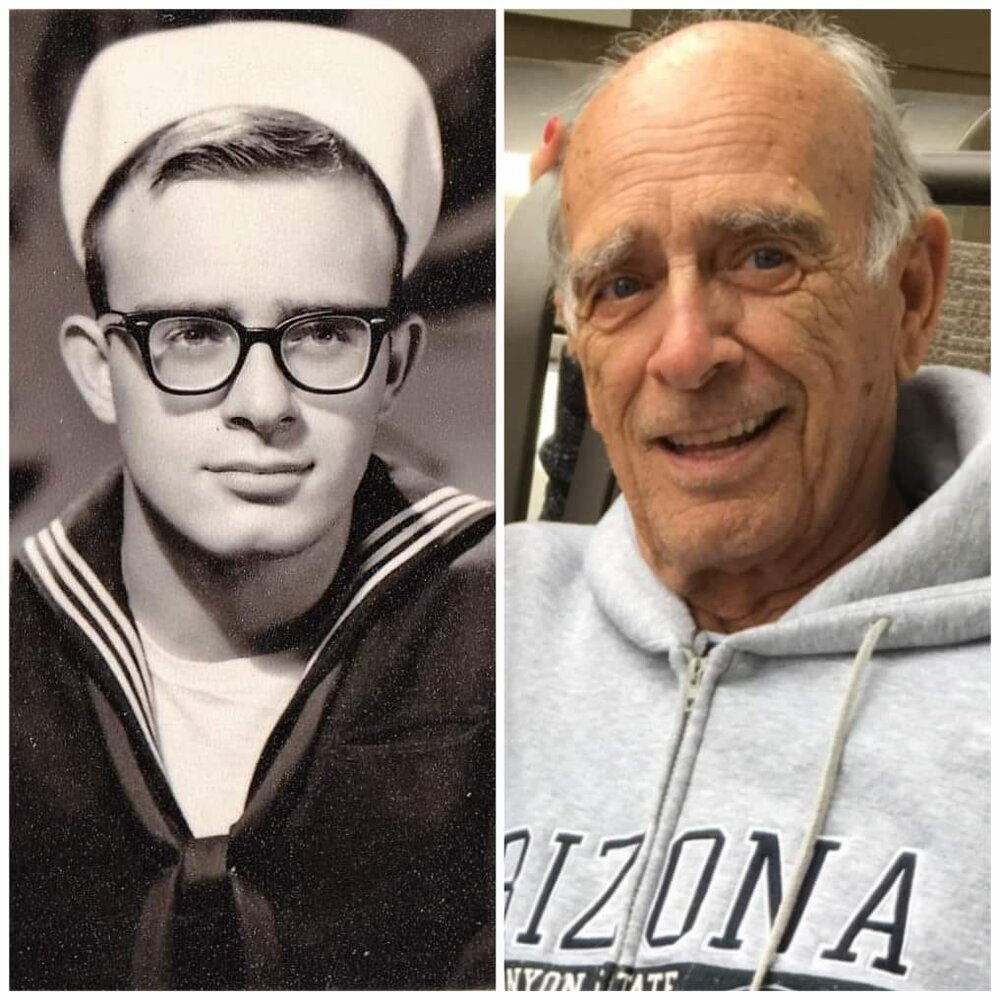 Michael Robert Allomong, aged 78, died peacefully at his home in Chandler, AZ on Sunday, April, 3, 2022 after a long & courageous battle with cancer. He was surrounded by his loving family.

He was married for 56 years to Phoenicia Faye (Hicks) Allomong & together, they built a happy & successful life in Bryan, OH & Chandler, AZ.

Michael was born on August 9, 1943 in Bryan, OH. He was the son of Robert F. & Madeleine E. (Jones) Allomong, who both preceded him in death. His sister, Mrs. Linda F. (Butch) Cooper of Defiance, OH survives him.

A member of the Bryan High School class of 1961, Michael often shared stories of his days growing up in Bryan, including selling his pet dog a few times each week for candy and of his loyal pet always returning home to be “sold again” for another sweet treat. Rain or shine, he rode his Moto-Scoot all around Bryan as a teen and was fortunate to find another one just like his first when he retired. He enjoyed swapping stories and mechanical advice with fellow “scooter” enthusiasts in a Facebook group.

Following in his father’s footsteps, he enlisted in the United States Navy in October, 1961. He spent time at Great Lakes Naval Training Center in Chicago, IL; Naval Base San Diego, home of the Pacific Fleet; in the South China Sea off the coast of Vietnam aboard the destroyer DDS 682 USS Porterfield; & at Naval Station Treasure Island in San Francisco, CA. He was honorably discharged in February, 1965.  Being a proud Navy veteran was always a part of Michael’s life. He flew a properly night lighted, USA flag outside his home 24/7/365 and would tell anyone that the “best” branch of service was the United States Navy.

Returning home to Bryan, he met Phoenicia Faye Hicks and they married & began their life together on July, 23, 1965. Their son, Robert F. (Dedra) Allomong & their daughter Robin L. (Charles) DeBruyne were a source of joy throughout his life, and they survive him. Along with his daughter, Julie A. (Mark) Pippin – his children blessed him with 6 grandchildren – Heidi, Jeremy, Kairee, Meghan, Danielle, & Hannah. He was preceded in death by his infant grandson Carter J. DeBruyne. He was blessed to have 6 great grandchildren. His sister-in-law, Mrs. Phyllis Terry survives him as well. His nieces, along with his aunts, uncles, cousins and their children were important to him and talked of often. His friends, especially his “fishing buddies” were never far from his thoughts and memories, as his stories attested. He was a dog lover at heart and over the years, he loved Brandy, Chewy, Chloie, Buddy, and his faithful pet Mini, who he leaves behind.

Michael spent his professional life as a painting & wallpapering contractor in and around Bryan, OH. He followed in the footsteps of his father and grandfather who had done the same work. He took great pride in being self-employed and in doing his best work when serving those who called him to work in their homes and places of business. He and Faye retired and moved to Arizona in 2006 to enjoy blue skies and warm weather.

He loved classic automobiles, often even before they became classics. Starting with his first car - a ’54 Mercury and on thru a ’56 and ’57 Chevy (Ohio license plate ITZA210 which was photo featured in Super Chevy magazine) a ’65 hardtop and ’71 convertible Mustang and on to restoring his father’s ’26 Ford Model T, he always kept a classic car in his garage. He was a co-founder of the Krusin’ Knights Car Club in Bryan, OH and enjoyed NASCAR races on Sunday afternoons. He was a faithful Ford man, always working from a Ford Econoline van.

His remains will be returned by his family to his birthplace of Bryan, OH later this spring and he will be placed to rest beside his mother and father.

To send flowers to the family or plant a tree in memory of Michael Robert Allomong, please visit Tribute Store
Thursday
21
April

Share Your Memory of
Michael Robert
Upload Your Memory View All Memories
Be the first to upload a memory!
Share A Memory
Send Flowers