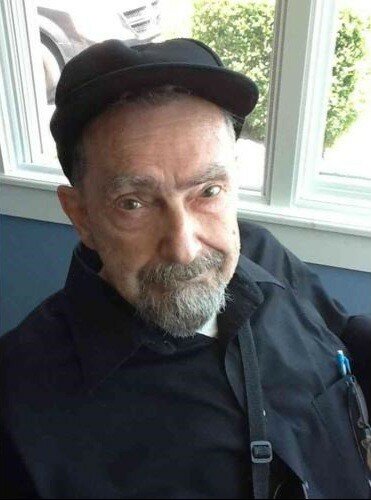 Tony was born in Chelsea Massachusetts to Martha (Rachabinska) and Anthony S. Kozlosky. When he was very young, his family moved to Saugus, Mass., where he went all through school and graduated from Saugus High School with the class of 1951. He served in the US Army during the Korean conflict, and was decorated with many awards and medals, including the ROK Presidential Unit Citation and a Meritorious Unit Emblem.

After returning from his tour of duty to the Saugus/Lynn area, he married and became a father.

He served as Commander of Lynn Chapter 64 of the Disabled American Veterans. In 1965 he moved his family to Southern California and later to Phoenix, Arizona where he stayed for the remainder of his years.

Tony loved singing, rock polishing, and photography. He had his own darkroom. He liked to work with resins and crafted beautiful glass decorations. He enjoyed many types of music, especially polka. He enjoyed playing the accordion and the harmonica. Over the years he had many domestic and exotic pets including monkeys, iguanas, snakes, and birds.

He is survived by 2 younger sisters, Maryann (and Jim) Mills and Carol (and Tom) Morley of Lynn, MA, dear sister-in-law Gloria Kozlosky of Lynn, MA, 2 daughters, Kathy OFallon of Lowell, MA, and Susan Peterson of Lake Isabella, CA, 6 sons, Tony Kozlosky of Brighton, TN, Joe Kozlosky of Stella, MO, Rick Ogle of Clovis, CA, Stephen Kozlosky of Tolleson, AZ, John William Kozlosky of Longmont, CO, and Christopher Kozlosky of Phoenix. He had many many nieces, nephews, and grandchildren, and a few great-grandchildren.

He was predeceased by 3 younger brothers, Walter Kozlosky, William (Bill) Kozlosky, and John Richard Kozlosky, all of Massachusetts.

Military honor service and interment will be held January 27, 9:30 AM, at

the National Memorial Cemetery of Arizona in Phoenix.