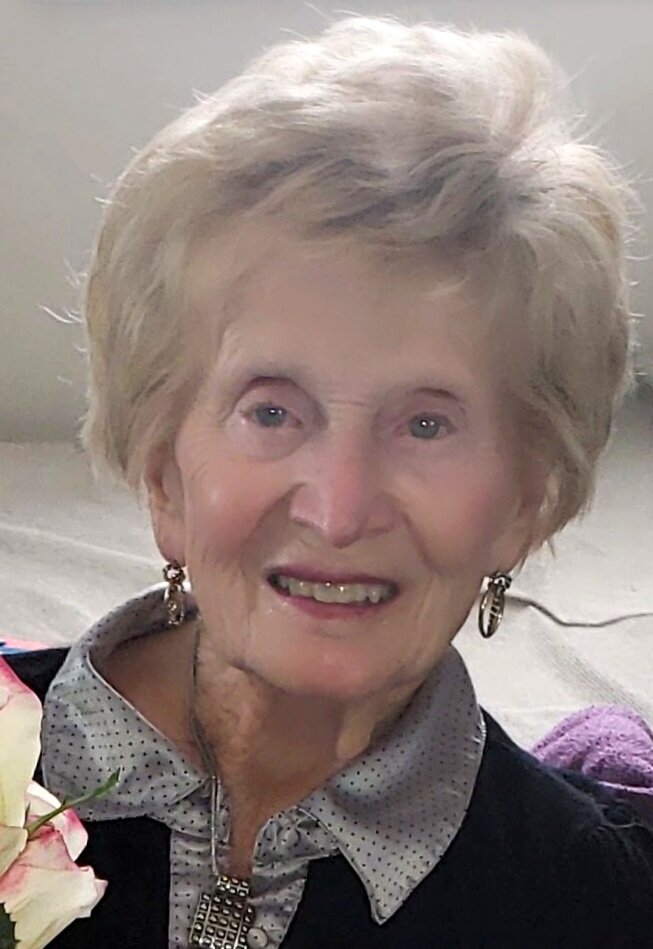 June Marie Welsch of Chandler, AZ passed over to her Eternal Life peacefully at home on December 13, 2022. A beautiful life lived at 93 years old. She will be greatly missed by ALL who knew her.

June was born in Iowa on October 10, 1929 and spent most of her pre-married life in Ohio. She married Edward W. Welsch on October 8, 1949 in Lancaster OH and celebrated their 50th Wedding Anniversary in 1999.

June dedicated her early married life to being a great "Domestic Goddess" and fantastic mother to three children. They resided in various Ohio cities later moving to New Haven, IN, Muskegon, MI, and lastly Morristown, TN where she was active in PEO Organization, Golf Leagues, various Bridge Clubs and St. Patrick Church activities. She moved to Chandler, AZ in October 2016

A special thanks to Team Select for their professional rehabilitation services provided over several years and a Genuine Heartfelt Recognition to June's private caregivers and religious clergy for their devotion and affection.

To send flowers to the family or plant a tree in memory of June Welsch, please visit Tribute Store

Share Your Memory of
June
Upload Your Memory View All Memories
Be the first to upload a memory!
Share A Memory
Send Flowers