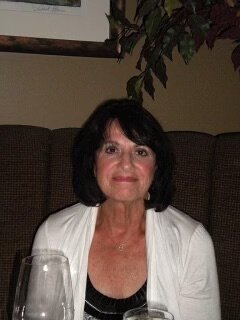 Joan Rodier Gibson of Chandler, Arizona passed away on December 28, 2022 after a long illness.

Joan was born in Wayland, MA on December 17, 1933 and was a graduate of Wayland High School in 1951. She was the daughter of Joseph Ferdinand Rodier and Mary Agnes Baldaro Rodier. She is survived by her brother, Paul Rodier of Southborough MA, her partner of 37 years, Gary Reitz, daughter, Cheryl Gibson Esto and her husband Dave, son, Fredrick Gibson III his wife Sharon, and daughter, Jody Gibson Buchanan and her husband Earle; 8 grandchildren, 4 great grandchildren and several nieces and nephews.

She was an avid dancer younger in life and remained active later in life walking and taking up golf.

After moving to California in the early 1980 time frame she had a very successful career as a Real Estate Agent.

In Lieu of flowers donations can be made to the Breast Cancer Foundation.

To send flowers to the family or plant a tree in memory of Joan Gibson, please visit Tribute Store

Share Your Memory of
Joan
Upload Your Memory View All Memories
Be the first to upload a memory!
Share A Memory
Send Flowers