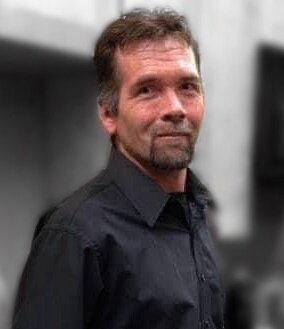 On the evening of December 16th , 2022, Travis passed away peacefully, while surrounded by his family, at Flagstaff Medical Center in Flagstaff, AZ.  Travis was 49 years old.

Travis Stone was born in Mesa, Maricopa County, AZ.  He was the oldest child and the only boy of Carol Jean Knowlton Stone and Hugh Alonzo Stone.

Travis grew up in the town of Chandler, Arizona , where he graduated from Maricopa Accommodation School in 1991.  At the age of 21, he was stationed at McChord Air Force Base, where he was an Aerospace Maintenance Apprentice.

Travis had many hobbies. He loved to cook, which led to one of his favorite employers, Rawhide Western Town & Steakhouse. That is where he learned to make many of the foods he was popular for, like his mac n' cheese and ribs. He even made his own BBQ sauce.  Travis was also into martial arts. He was a black belt in karate even though he never wanted to hurt anyone. Travis was also a man of God. He devoted much of his time to his church, Desert Springs Church in Chandler, AZ.  He also spent his free time with the church feeding the homeless at Folley Park.  Travis became ordained January of 2017.  His way of showing people the power of prayer through music was having someone listen to his favorite rock band, Stryper, a christiàn rock band.

Share Your Memory of
Travis
Upload Your Memory View All Memories
Be the first to upload a memory!
Share A Memory