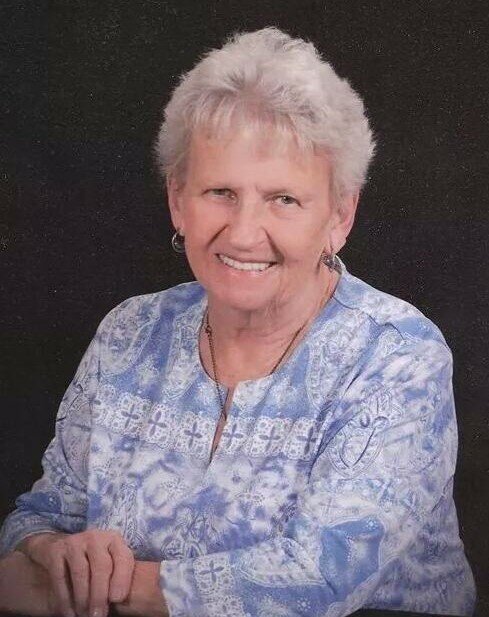 Marilyn Partiss, 84, of Mesa, AZ, passed away on November 22, 2022, surrounded by her children and grandchildren.

Marilyn was born on June 14,1938 to James and Margaret Mack at Miss Quinn's Maternity Hospital in Elizabeth, New Jersey, and she immediately brought joy and laughter into the world. Her own father died in 1940, when she was just 2-years-old and the family moved to Southern California in 1942.

Marilyn went to Central Union High School in El Centro, CA. She was the first to admit that she was more interested in boys than school so it may not have been a big surprise when she left High School prematurely upon meeting Kent Vaughn, the love of her life and father of her six children. However, she resumed her education after her children were grown and when, after 26 years of marriage, she and Kent parted ways. At that time, she achieved both her High School Diploma and a Real Estate Salesperson's License with the state of California. She went on to manage several apartment complexes in the San Diego area, including one large apartment complex for seniors and disabled persons in Lemon Grove, California.

In 1981, she met Robert (Bob) Partiss and the two were inseparable from that point on. Marilyn & Bob were married for over 39 years during which time, they traveled to amazing, beautiful places. They were members of a traveling RV club for square dancing couples, and they chaired and coordinated square dance festivals in several locations. They loved the retired life and made many wonderful friends as they traveled the US for several years before settling down in Hemet, California.

It was well-known and often the topic of humor amongst family and friends that Marilyn wasn't one to sit still and, for this reason, she was always "at work" in her heart. For many years she volunteered at hospitals, libraries, thrift stores and other charitable organizations giving her time and skills so that others could benefit. She was a reliable and hard-working person who would 'make it happen' and she will be remembered and sorely missed by many.

Marilyn was a fiercely dedicated mom to all of her six children, raising and setting an example that would lead all of them to go on to accomplish great things. She was very proud of all of them. Family came first and was, above all else to Marilyn, a value which, along with a hard work ethic, she instilled in all of those around her. The hole in our hearts and lives left by Marilyn's absence will be impossible to fill.

In total, her surviving children consist of Keith Vaughn, Raymond Vaughn, Tange Thompson-Colunga, Judy Mangione and Barbra James. She is preceded in death by her second eldest child, her daughter Margaret, who passed away suddenly in 2010 and left the entire family broken-hearted.

In addition to her children, whom she considered the greatest accomplishment of her life, she is survived by her siblings, Kathleen Fair-Boslough and Terry Fair as well as the people to whom she was a proud Grandma. They are; Melissa Vaughn, Jessica Wilde, Derrick Thompson, Amber Impinna, Nichole Mangione-Hood, Kent Vaughn, Jeremy Jones, Micah Mangione, Mindi Meade, Rachelle Murphy, Camber Czucka, Ricky Carpentiero, Kristen Carpentiero, Brittlyn Monday and TJ Mangione. Additionally, Marilyn was lucky enough to live to experience the privilege of having 25 beautiful great-grandchildren who all have that same spark of spunkiness and love of life that, "Grandma P" had.

Graveside services will be held at Riverside National Cemetery on Van Buren Blvd, in Riverside California and will be announced at a later date as assigned by the cemetery.

To send flowers to the family or plant a tree in memory of Marilyn Partiss, please visit Tribute Store

Share Your Memory of
Marilyn
Upload Your Memory View All Memories
Be the first to upload a memory!
Share A Memory
Send Flowers