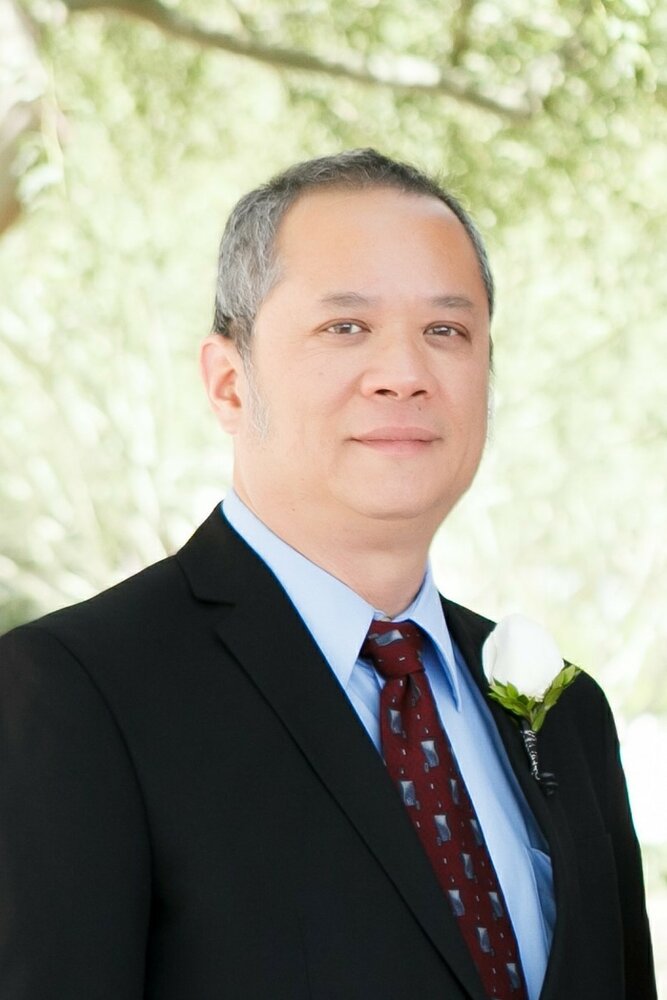 Paul Thế Phiệt Võ, beloved husband, father, grandfather, brother, uncle, and friend, passed away and went home to be with the Lord on Tuesday, November 8, 2022. At the time of his passing, he was surrounded by his wife of 40 years and his children. He was 64 years old.

Paul was born on September 27, 1958 in St. Paul, Minnesota to Phuoc Vo and Zung Nguyen. They returned to Vietnam with Paul when he was 6 months old, and he spent his childhood there. At the age of 16, towards the end of the Vietnam civil war, Paul fled alone on the second-to-last flight out of Saigon airport. After a long journey, he arrived in France to complete his secondary education while living with his Aunt and cousins.

Two years later, Paul moved to Indianapolis, Indiana where he was adopted by Robert McCann—his father’s college roommate—and family. They loved and supported him while he earned his Bachelors in Electrical Engineering at Purdue University. It was there he met and married the love of his life, Mylinh, and became a father with the birth of his son, Patrick. Less than two years later, he moved to Florida, welcomed his first daughter, Christine, and then moved the entire family in 1986 to Arizona. Then finally, in 1990, Paul was able to reunite with his mother, father, and younger brother when he brought them to the U.S.—16 years after their separation. To complete their family, Paul and Mylinh adopted and welcomed their second daughter, Minh-Tho, in 2009.

Paul was an electrical engineer at Motorola for 14 years, went to night school to earn his MBA from Arizona State University (Class of 1997), and then was with Mentor Graphics for 22 years as a highly rated technical instructor. He was also an avid hobby photographer, accomplished drone pilot, passionate world traveler, safari enthusiast, and self-proclaimed foodie. But above all, Paul was devoted to his family, always putting them first and leading by example.

Paul’s memorial service will be held on Saturday, November 19, 2022, at

Visitation begins at 1:00pm with the celebration of life and remembrance service following at 2:00pm. For those who cannot attend in person, the service will also be livestreamed beginning at 2:00pm Arizona time (GMT +7) at https://www.facebook.com/groups/paulvomemorial/.

In place of sending flowers, his family asks that you share your condolences by helping the family raise funds that they will distribute to various charities and causes in memory of Paul. · GoFundMe site: https://www.gofundme.com/f/paul-vo-memorial

· Those who would still like to send gifts of flowers, or those who desire to send donations via check, may send them to the funeral home:

Share Your Memory of
Paul
Upload Your Memory View All Memories
Be the first to upload a memory!
Share A Memory