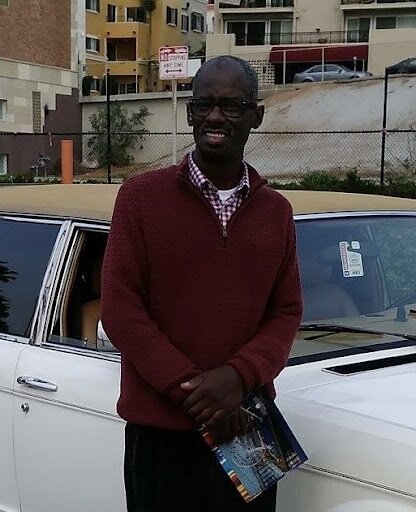 Reginald Wesley Howard was the third child of the late Sherman and Bobbie Jean Howard. Reginald’s life began on June 14, 1969 in Yuma, Arizona and concluded on October 25, 2022 in Phoenix, Arizona.

Reggie graduated from Manual High School in Denver, Colorado and continued his education attending Metro Community College while living in Denver. Following his relocation to Arizona, he attended Arizona State University earning a recognition for academic excellence as a member of the directors list for the School of Criminology and Criminal Justice. If time would have been allowed, he would have earned a Bachelor's degree in that concentration.

Reggie held various positions of employment with his last being a Fraud Specialist for Chase Bank. Due to health issues he was unable to continue working. Reggie was always looking forward to returning back into the workforce and had aspirations of that achievement.

With a love for golf, reading and taking his daily walks anyone who came across Reggie would find themselves engaging with him. There was no subject that he was not versed in or anyone who he would not find a reason for a conversation. Spending time with Tyler and Devin was a highlight of his life.

He never allowed his life to be impacted by his lifetime of sickness and surgeries. He loved to eat ,laugh, and enjoyed helping others with odd jobs or anything he could contribute. You would never know that since birth he had too many surgeries to count and spent endless days in the hospital. Reggie impacted so many people positively and will continue to be an encouragement to all that no matter what hand you are dealt it’s the hand you have so make the best that you can.

Taken from us too soon he is survived by his two sons Tyler and Devin Howard (mother Nikole Wielert), sister Chandra (Reynaldo) Dulaney, and brother Patrick Howard.

To send flowers to the family or plant a tree in memory of Reginald Howard , please visit Tribute Store
Print
Friday
11
November