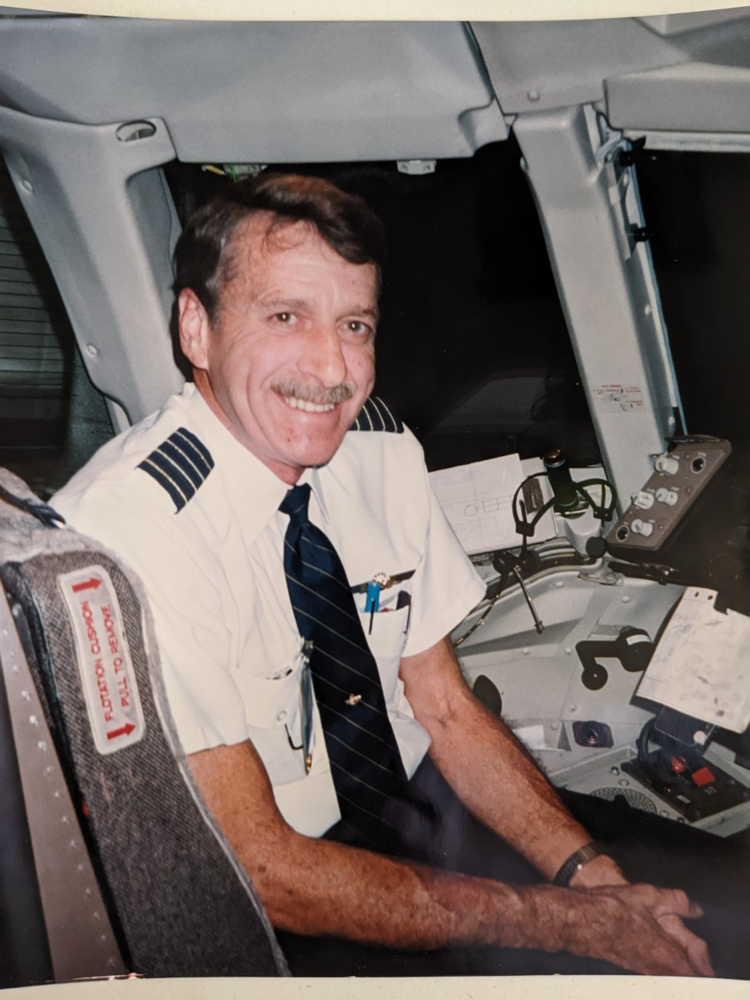 Lynn was born December 7, 1941 and was the first of three children adopted by Gladys and Earl Smith in Culver City, CA. From early boyhood, Lynn demonstrated a strong determination and interest in building things, fixing things, and flying planes. He built a treehouse, an aviary for his parakeets, and made his own water skis. As a young man in his early 20s, he dismantled the engine of his 1963 1/2 Ford Falcon in hopes of making it run faster and better. He took it to the drag strip, and won a few trophies for the quarter mile.  People often asked him, “Who taught you to do that?” His answer was always, “No one. I just gave it a shot, made my mistakes, and figured it out.” He began flying when he was 14, got his pilot’s license at 19. and worked as a flight instructor while attending college.

Lynn earned degrees in Electrical Engineering and Aeronautical Engineering from Northrop University and was recruited after graduation by Boeing Company as a Trainer of Mechanics. His team became the authority of the hydraulics systems on the Boeing 737 jet.

In 1969, Lynn began his successful career of 32 years as a pilot with United Airlines. He became a Captain on the 757 and 767 jets and primarily flew international routes to Central America.

Lynn loved every aspect of aviation and wanted to learn all facets of it. He spent many hours working on his own private plane at Camarillo Airport in Ventura, CA near his home. With his usual do-it-yourself spirit, he became a licensed Airframe and Powerpoint Mechanic. His exceptional abilities were noticed by a prominent instructor at the airport who then sponsored him to obtain his Inspector Authorization (IA).

When computers came along, Lynn was a natural. He built his own computer running CP/M and wrote most of his flight planner on it during layovers. Soon, he formed a small company, Navigate, which was featured in PC magazines because his software made home computers “useful”.

After his youngest son went off to college, Lynn and his wife moved to Stellar Airpark in Chandler Arizona. There he spent his time working on his planes, doing repairs and inspections for pilots in the neighborhood, feeding the local stray cats, volunteering in the local spay and neuter clinic, and taking pleasure cruises with his wife. Especially cherished, were the times he and his son spent in his hangar with their planes, talking together for hours on end.

In his final years while having dementia and becoming more and more dependent on help from others, Lynn’s inner strength and good nature always showed through. He didn’t get discouraged and he never gave up. His resilience was astounding. No matter what his condition was or how hard the struggles, he went on caring about others and doing his best.

His family will be scattering his ashes near June Lake and Gull Lake on the eastern side of the Sierra Nevadas, This was a favorite family camping spot and also where Lynn and his brother scattered their parents’ ashes. The air scattering will be from Lynn’s 1963 Cessna 210.

To send flowers to the family or plant a tree in memory of Lynn Smith, please visit Tribute Store

Share Your Memory of
Lynn
Upload Your Memory View All Memories
Be the first to upload a memory!
Share A Memory
Send Flowers