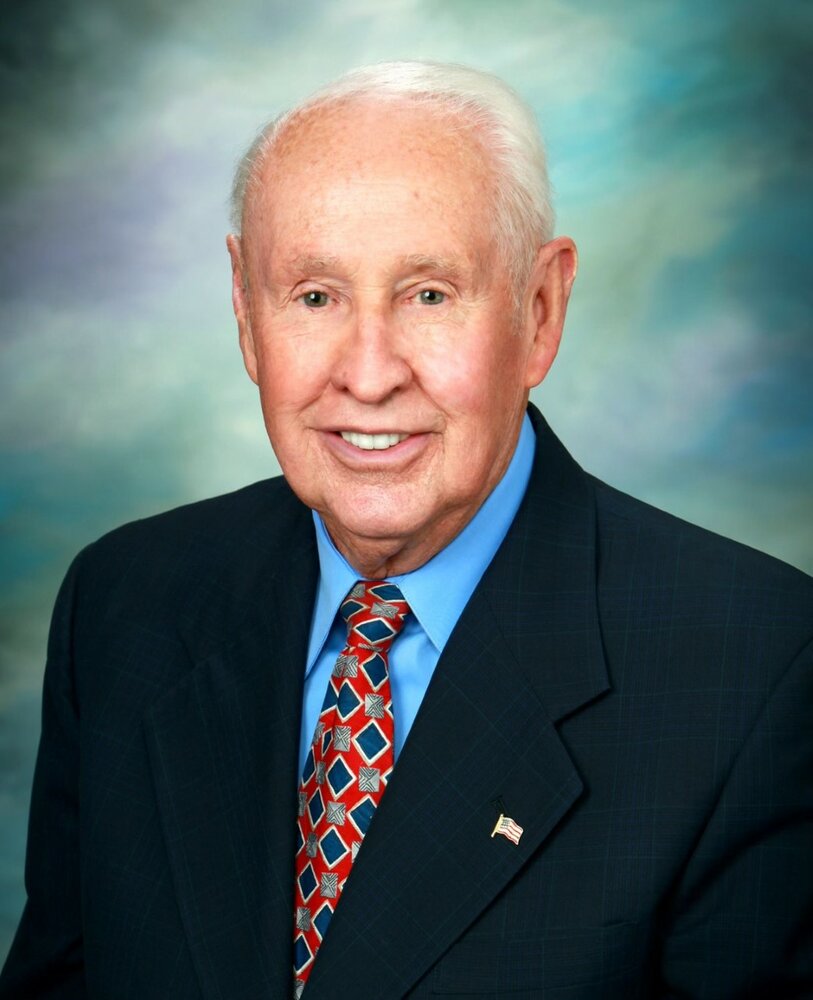 On September 20, 2022, our beloved husband, father, grandfather, and brother left his earthly home for a promised ever after one.

Dr. Howard K. Conley was a well-known and beloved educator, administrator, and member of the Chandler Community.  He was a loving father, Grandfather, Great Grandfather and husband to his wife, Hazel, his Children, Cheryl (deceased), Mark (deceased), Peggy (deceased), Robynn (Kurt), Lisa (Mykl), Karen (deceased), and three sisters Effie, Kay, Frances.  12 grandchildren and 26 great grandchildren.  He was generous in telling each that he loved them.

Howard was admired and respected throughout the state of Arizona for his dedicated devotion to quality education for every child.

Born in Melrose, New Mexico in 1930, Howard would attend 18 separate schools in New Mexico, California, Texas, and Missouri ending with graduation at Melrose High School in 1947. At Melrose High, he was remembered for his excellence on the basketball court as well as on the track field.  Lettering in both, plus football, he achieved All State in Basketball.  His classmates would remember him as well for his tendency to play jokes on them. This trait would follow him throughout his life.

While his high school years earned him a caring mentor, it would be many years before he would follow the advice of Superintendent Ray Lofton to go to college.  Howard earned his B.A. and M.A. degrees at Eastern New Mexico University, and his Doctor of Education at New Mexico State in Las Cruces.

In 1976 he was hired to bring about change to an under achieving Chandler High School. Under his leadership, Chandler High was transformed from a school characterized as low achieving to one of the top 50 high schools in the U.S.

In 1991, the Board moved him into the Superintendency upon Dr. Perry’s retirement. Striving for excellence in education was the hallmark of Howard’s years as superintendent of the award-winning Chandler Unified School District and he was selected one of the top 50 superintendents in the U.S. and named Superintendent the Year in 1996.  He would mark his 20th year with the honor of the 14th elementary school named Dr. Howard K. Conley Elementary School.

Howard’s trademark was his leadership style, and true sense of caring about each student by promoting the importance of getting a good education and the importance of involving the entire community in the process.   He served his community by making a difference wherever he served, i.e., Chandler Chamber of Commerce, Chandler Regional Hospital, Y.M.C.A., Charter and life member of the Chandler Compadres and Chandler Rotary.

Having taught for Northern Arizona University as an Adjunct Professor for 16 years following his retirement, he was named Professor of the Year in 2012 at the age of 81 when he taught his last class.  His greatest joy was seeing the students achieve the success he had caused them to dream.

In 2012, Dr. Conley was named to the Educators Hall of Honors at Eastern New Mexico University for a lifetime of achievement in the field of education.

Howard always believed that…. great leaders do not set out to be a leader…they set out to make a difference.  It’s never about the role, always about the goal.

A celebration of life will take place on Saturday, October 1st, at 2:00 PM

Share Your Memory of
Howard
Upload Your Memory View All Memories
Be the first to upload a memory!
Share A Memory