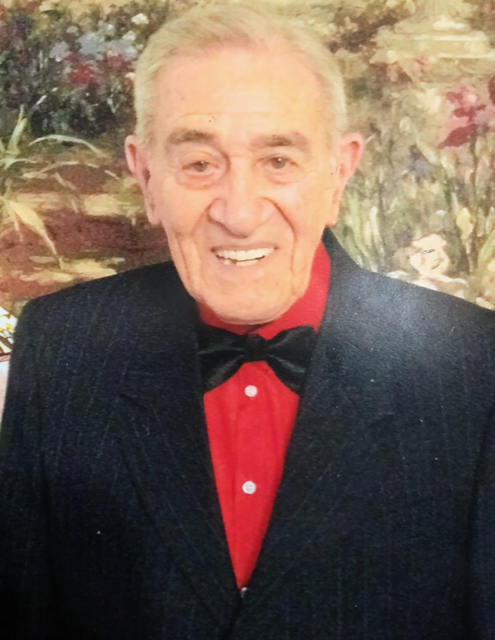 Michael Joseph Negro, 97, of Maricopa, AZ passed away peacefully after a long and brave battle with Alzheimer’s on August 27, 2022.

Born on August 13, 1925 in Philadelphia, PA and a long-time resident of Williamstown, NJ, Michael owned a general contracting company (M.J.N. & Associates) and was instrumental in the estimation and construction of numerous Atlantic City, NJ casinos. He also owned and operated a general store (Front Porch Country Store) in Williamstown, NJ with his wife and family.

Michael returned to college as a non-traditional student at age 64, and attained several degrees including a graduate degree with honors. This achievement allowed him to work as an Educational Studies Coordinator at the Rowan University Center for Addiction Studies in Glassboro, NJ. During his tenure at the university, Michael helped to establish numerous tobacco quit centers. He also worked with the NJ Higher Education Consortium developing substance abuse prevention educational materials that were showcased nationally. He loved working with students and made a lasting positive impact on those that he mentored. Michael worked at the university for 12 years before retiring to Maricopa, AZ.

Michael dedicated his life to the service of others through his involvement with numerous organizations and charitable foundations at his church, St. Mary’s in Williamstown, NJ; and his schools, Gloucester County College and Rowan University. He also served his Country honorably in World War II as a master sergeant in the U.S. Army Air Corps for three years and was a Prisoner of War. Michael was the nose gunner of a B-24 that was shot down over Landes De Bussac, France, and was captured on the ground by two German soldiers. Miraculously, he managed to escape, and after hours of running through the woods, sought help from a local French farmer who assisted Michael in beginning to fight as a member of the Maquis. After several months, Michael found freedom by crossing the Pyrenees Mountains into Spain, and on D-Day he returned safely onto British soil. Michael was awarded the following medals: Bronze Star; Purple Heart; Good Conduct Medal; Honorable Service Lapel Button WWll; Prisoner of War Medal; American Campaign Medal; European-African-Middle Eastern Campaign: two Bronze, one Silver; and the World War II Victory Medal.

To send flowers to the family or plant a tree in memory of Michael Negro, please visit Tribute Store

Share Your Memory of
Michael
Upload Your Memory View All Memories
Be the first to upload a memory!
Share A Memory
Send Flowers