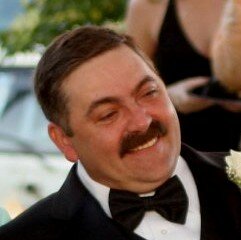 He was born May 24, 1961 in Worcester, MA. The son of the late Robert and Jessie (Sweeney) Courtney. He was the youngest of 10 siblings.

He is survived by his wife of 40 years, Melody Courtney, who he loved dearly. His daughter Rachel Gerber and son in law Eric (Webster MA), 2 sons, Joshua and Jeremy Courtney (Massachusetts). His 5 grandchildren, who meant the world to him, Jade Courtney, Taryn Gerber, Jameson Gerber, Jeremy Courtney and Zoey Courtney. As well as 5 siblings, (Ernest Young, Mildred Leveilee, Colleen Watkins, Jessie Shays, & James Courtney) and several nieces and nephews.

He graduated from Sunnyside Highschool, Tucson AZ in 1979. He served in the US Army from 1979-1983. He was an avid sports fan. He loved all New England teams, especially the Patriots and the Celtics. He enjoyed spending time with his family and spoiling his grandchildren.

He is preceded in death by his 4 siblings, Robert Courtney Jr, Kathy Corio, Daniel Courtney and Linda Oberg.

To send flowers to the family or plant a tree in memory of Frederick Courtney , please visit Tribute Store

Share Your Memory of
Frederick
Upload Your Memory View All Memories
Be the first to upload a memory!
Share A Memory
Send Flowers