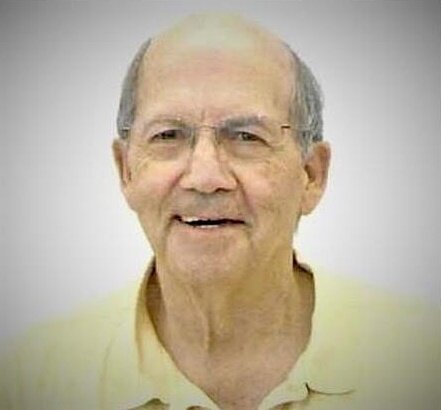 Richard W Hawkins (Dick), 84, passed peacefully at his home in Maricopa, Arizona on August 7, 2022.   Dick was born on March 14, 1938, in Billings, Montana to John and Alberta (nee Throsel) Hawkins.   He was preceded in death by his parents along with his brother Thomas T. Hawkins.   Dick is survived by his devoted wife Ardyth Akers Hawkins (Ardie) along with his children, Jeffry Hawkins of Rathdrum, ID, Jamie Hawkins of Coeur D'Alene, ID, and Robert Hawkins of Stillwater, MN.   He is also survived by his stepchildren Amanda Schied of Ocala, FL, Kimberly Zaerr of Centennial, CO, and Philip Geisse of Kaneohe, HI.   He leaves behind two loving grandchildren, Thomas Hawkins of Parker, CO and Kaci Knapp of Coeur D’Alene, ID.  He is also survived by his step-grandchildren Joshua Schied of Montana, Rory Schied of Florida and Levi Schied of Colorado and six great grandchildren.

Richard Hawkins was a former Marine and Clothing Sales Representative who claimed to be the first drift boat owner in Montana. This being the first of many that he wore out over the years on the many beautiful rivers of Montana, Idaho and Wyoming.   Passing along this passion to his sons and grandson.   Once a Marine, always a Marine, at the young age of 63, Dick went to the local Marine Corp recruitment office to volunteer for duty post the 9/11 tragedy.  He was thanked for his commitment to his country and the Marines but they agreed his previous nearly nine years of service to the Corp was duty well served to his country.

To send flowers to the family or plant a tree in memory of Richard Hawkins, please visit Tribute Store

Share Your Memory of
Richard
Upload Your Memory View All Memories
Be the first to upload a memory!
Share A Memory
Send Flowers