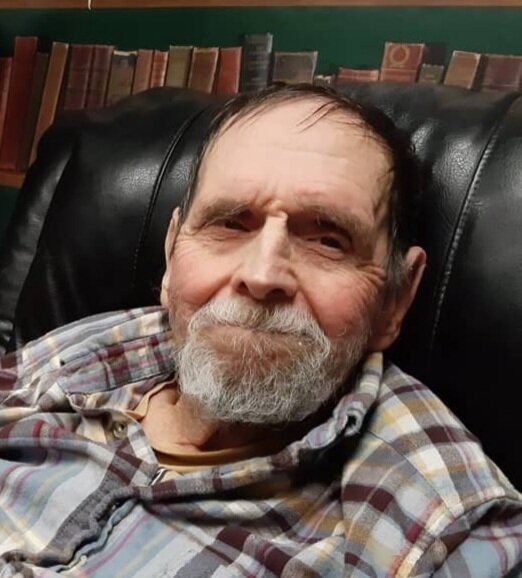 Jacob T. "Jake" Szemela was born in Manchester, New Hampshire to Polish American parents Jacob T. Szemela, I and Emelia Mae (Glod) Szemela. Jake grew up on a modest farm with his Polish speaking grandparents and first learned English when he went to grade school. After completing high school, Jake enlisted in the Coast Guard with his best friend Louie Larikia. Jake set his sights higher than being a farmer and by joining the Coast Guard, he traveled the world. While aboard the Ice Breaker USCGC Eastwind Polar Operations, he participated in search and rescue operations at both the North and South Poles. And he rounded out his six year tour of duty aboard the Coast Guard Cutter, USCGC McCulloch.

While on leave, Jake met his first wife Barbara Ann Arney when she was living in Duxbury, Massachusetts. They married and had two children Leigh Ann Dupere and Lori Lynn Szemela. All of whom survive Jake.

Jake is one of few who has been to both the North and South Poles and was awarded Coast Guard Medals for his work as a Radarman while performing search and rescue. After retiring from the Coast Guard in 1963, Jake moved his wife and 2 children to Phoenix Arizona, where his wife Barbara's grandparents and sister lived. The family took off cross country from Massachusetts to Arizona, crossing the Rocky Mountains in a Volkswagen Beetle, pulling a one-wheeled trailer holding everything they owned!

In Arizona, Jake worked full-time as a technician for Motorola on 52nd Street and McDowell while he first attended Mesa Community College and then Arizona State University, completing an Associates degree at MCC and then his Bachelor's of Science in Mechanical Engineering. While working at Moto 52nd Street, Jake codesigned the first liquid crystal displays and had multiple patents which belonged to the company since they were developed while working there.

Motorola was still paying Jake technician's wages even after he graduated BS ME. And in 1978 a "head-hunter" for National Semiconductor discovered what Jake was developing and what he was being paid. A great offer was made and Jake and his third wife Lea, moved to Salt Lake City, Utah taking all of his LCD designs with him. Motorola had failed to have Jake sign a non-disclosure agreement when he was hired as a technician and could not prevent him from taking his designs and technology with him! National Semiconductor produced some of the first liquid crystal displays and Motorola abandoned the idea!

Jake's Engineering career was varied and always interesting. He lived up and down the California Coast during the 1990's working for several start up companies. Jake developed other technologies during his career and several companies hold patents for his work.

Jake learned to shoot rifles, shotguns, and handguns at a young age, living on the family farm in New Hampshire. He was a true lover of animals and pets, having a pet flying squirrel until she was ready to have babies, so he turned her free to start her first family. Jake was a very good natural shot and hunted small animals to feed to his squirrel. He scored high at the target entry classes when he enlisted in the Coast Guard and his drill Sergeant wanted to know where he learned to shoot so well. His father used to take Jake hunting and taught him how to shoot, so he had a lot of practice early on.

Jake continued his love of animals and providing for his family by hunting deer, elk, and local birds like quail, dove, and even wild turkeys in Arizona. The family ate game that Jake eloquently prepared. He was a very good cook, something he learned from his father Jacob T. Szemela, I, who was a cook in the Army during WWII. And Jake always had at least one bird dog by his side. These were not just working dogs, they were always members of the family and treated as such. Jake's love of animals and his great cooking skills were passed on to both of his daughters. There was always a prolific vegetable and herb garden in Jake's backyard when he lived in Chandler, and he and Lori enjoyed cooking fresh vegetables from it, especially for Sunday family dinners.

Jake being a Mechanical Engineer, loved working on his cars but his pride and joy was his 1943 Willy's Jeep. His Jeep touted a small block V-8 engine, a 302 Ford barely fit into the small engine bay. It also had a 4-barrel Holly Carburetor, Hurst Competition+ shifter, and Jake modified the Willy's for power steering. Lori sure enjoyed driving it in high school!

Jake's hunting buddies were engineers, construction managers, and engineering managers. Most of them worked in the high tech microelectronics field, his group was a wild bunch indeed. Jake was a very social engineer, a rare bird for sure! His hunting group all had Jeeps that had big engines and even bigger tires so they could navigate the most remote areas of Arizona to hunt game. They stayed connected with CB radios, there was never a lack of state-of-the-art technology among this group.

Another hobby of Jake's was flying small planes. Jake was instrument rated but never completed his sight ratings as health issues precluded him from completing his license. His life-long friend Gary Schneider, an Electrical Engineer that Jake met at Moto 52nd Street, had several small planes. Gary made and sold precision gun barrels and Jake often accompanied him to deliver them to sharp shooting competitions across the country.

When Jake retired from engineering, he wanted to stay busy. He started and ran a handyman business performing electrical, mechanical, structural, and plumbing repairs for commercial and private businesses and homeowners until a head injury caused Jake to get Dementia. Jake remained a loving father and remembered who his children were his whole life.

Dementia changed Jake and the stories of his past became more colorful than they actually were but he was still an amazing man until his passing on May 12th, 2022. Jake's sister Priscilla (Poppy) always looked up to Jake who helped care for her in their younger years and she always called him her hero. Jake will be remembered fondly and missed dearly by family and friends that loved him.

In his honor and for his love of animals and his Service to his Country, we are asking for donations to the American Service Animal Society at dogs4vets.org or to your favorite Dementia organization. We'd like to give special thanks to Mimosa Springs Dementia Assisted Living Facility for providing Jake with a loving home for his last few years. And to Aegis Hospice for their support of Jake and his family.

To send flowers to the family or plant a tree in memory of Jacob Szemela, please visit Tribute Store

Share Your Memory of
Jacob
Upload Your Memory View All Memories
Be the first to upload a memory!
Share A Memory
Send Flowers