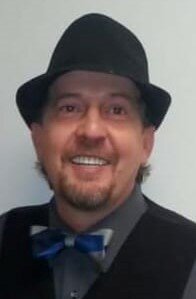 Jerrod William Higginson was born January 22, 1976 at Fort Leavenworth, Kansas, the son of Jerald (Jerry) William and Sandra (Sandi) Kay (Seley) Higginson.  Jerry wanted to have him named Jerald William Higginson, Jr., but Sandi didn’t want to have people call him  “Junior”.  So they settled on Jerrod instead.  Jerrod’s Father Jerry was in the US Army.  He was a Military Policeman who made a career of Army Law Enforcement eventually leaving military service as a Supervisory Special Agent (Chief Warrant Officer 3) with the US Army Criminal Investigation Division.  Jerrod and his family traveled extensively when his father was reassigned by the military, living in the following locations:

Boise, Idaho  (while his Dad was stationed in South Korea)

After leaving military service the family has lived in Tucson, Arizona; Parker, Arizona and Mesa, Arizona

After graduating high school, Jerrod went to culinary school and worked the majority of his life as a Cook or Chef.  He worked for many organizations cooking and managing kitchens.  He loved working for startup restaurants and helping to design their food preparation processes.  Jerrod had some serious health issues in the last few years of his life and he passed away on April 14, 2022 at the age of 46.

He is survived by his mom and dad; Jerry and Sandi Higginson;

To send flowers to the family or plant a tree in memory of Jerrod Higginson, please visit Tribute Store

Share Your Memory of
Jerrod
Upload Your Memory View All Memories
Be the first to upload a memory!
Share A Memory
Send Flowers