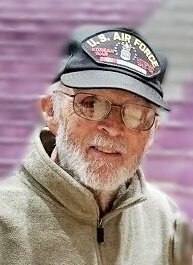 Omer (Ozzie) Zubchevich,  aka “Mr Z”  to the students of Chandler, age 90, left this earth on April 9th to be with our Lord and his heavenly family.

He was surrounded by his loving family before he died.

Ozzie was a speech Pathologist on staff at 3 hospitals for over 26 years. He also had a private practice. He helped many people through the years and never met a stranger.

After he retired he substituted  for the Chandler School District mostly at San Tan Junior High, his favorite. The students and teachers loved their “Mr Z”. The students would greet him no matter where he went and love to talk to him.

Ozzie was born in Chicago, Illinois, lived in Mountain Home Arkansas for 20 years, also Colorado and California, then 20 years in Chandler, Az.

Ozzie served honorably in the Air Force and the Korean War.

A Catholic funeral Mass will be held in his honor at St. Stevens Church, 24827 S Dobson Road, Sun Lakes, AZ 85248 on Wednesday, May 18th at 10:00am. A rememberance reception will be held at Sunbird Golf Resort on the patio of the club house after the Mass.

He was preceded in death by his Father, Mother, brothers, and sisters.

Donations may be made to Hospice of the Valley.

To send flowers to the family or plant a tree in memory of Omer Zubchevich, please visit Tribute Store

Share Your Memory of
Omer
Upload Your Memory View All Memories
Be the first to upload a memory!
Share A Memory
Send Flowers