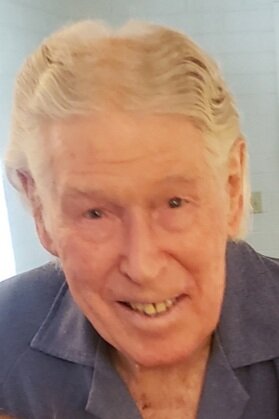 Billy Austin Chitwood, 94 Passed away at his home in Apache Junction Az April 2, 2022. He was born September 20, 1927 in Fort Smith Arkansas to Dave and Marie Chitwood. Billy was a 1946 graduate of Mansfield Ar. High school with many honors for his sports abilities. In 1946 he married classmate Charlene Turner. They spent most of their years and raised their family in Arizona. Billy retired in 1983 after 25 years as a welder in a steel shop in Phoenix. He is proceeded in death by Charlene his wife of 68 years and his son Michael (Louise) Chitwood. He is survived by sons Alan (Diana) Chitwood, Stephen (Roxanne) Chitwood and daughter Gina (Jeff) Nohl, 10 grandkids, 2 step grandkids, 13 great-grandkids. And several step great grandkids. He is also survived by brother Jerry (Betty) Chitwood.

Share Your Memory of
Billy
Upload Your Memory View All Memories
Be the first to upload a memory!
Share A Memory