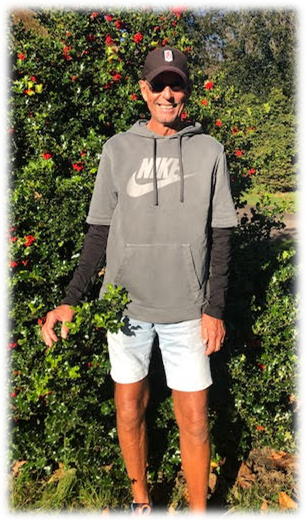 Jon Huffman passed away Thursday morning March 3, 2022 with his family at his side. He was born to Cal and Mary Jane Huffman on October 10, 1952 in Appleton, Wisconsin. He married his childhood sweetheart P.Lea (Laurin), who he met in third grade, on October 16, 1971. Recently, they celebrated 50 years together with an amazing trip of a lifetime to Portugal with the family. Together, they raised their two daughters Cristi and Cori in Appleton, Wisconsin, and later moved to their paradise in Arizona (you don’t have to shovel sunshine!). He worked a lifetime in the soda industry. After retiring, Jon and P.Lea enjoyed starting their bucket list of travel. He was an avid runner, and ran daily over a ten-year span, even when doctors told him he’d never run again; being strong willed, he proved them wrong. Jon was a proud grandpa to Noelle and Addison who always made him smile, laugh, pick the biggest lemons off the tree, and taught them the proper way to sit in the lounge chair. The family shared a lifetime of unforgettable memories. Jon had many titles: “Mr. Jeopardy, “Johnnie-B-Good”, “Mr. Coke Man”, “Daddy-O” and “Huff”. Jon was always willing to help anyone and known for having the greenest grass and cleanest car on the block. Jon always held the door for P.Lea, and held her hand anytime they ventured out together.

In accordance with Jon’s wishes a private ceremony will be held.

The family would like to thank the Leukemia and Lymphoma Society (LLS) for their support over the past twelve years. In lieu of flowers donations can be sent to the LLS at www.givenow.lls.org.

Share Your Memory of
Jonathan
Upload Your Memory View All Memories
Be the first to upload a memory!
Share A Memory