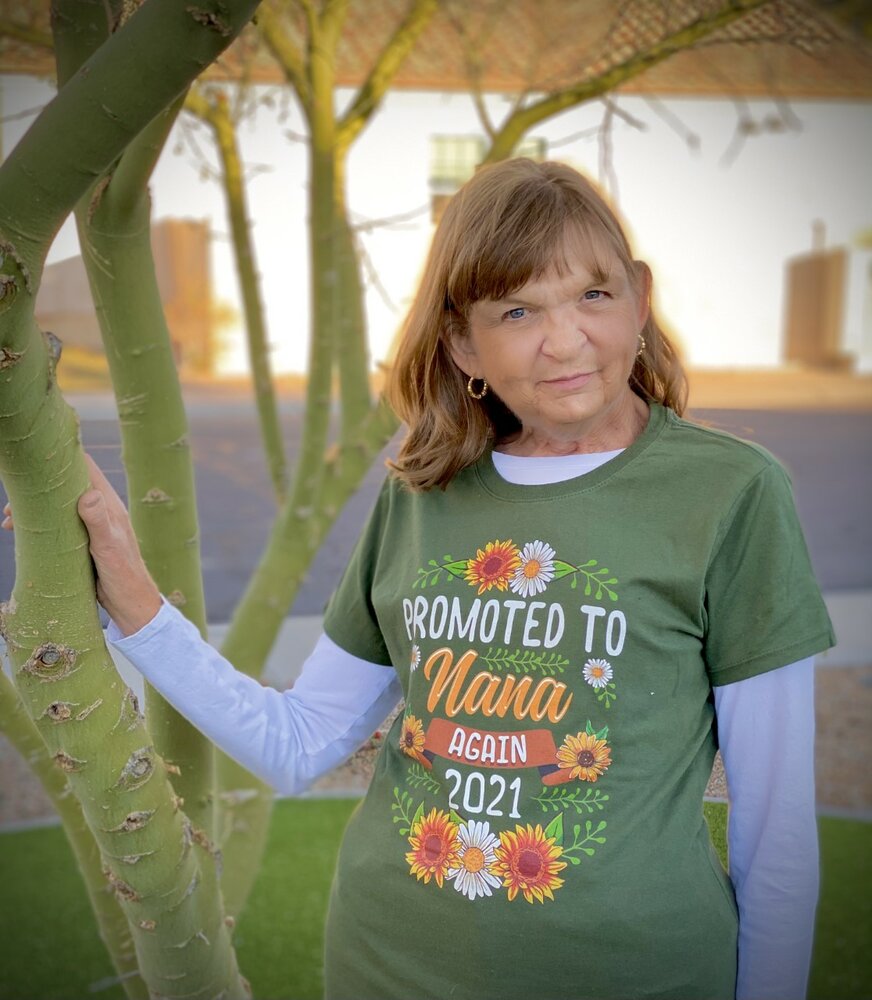 Janet Jean Menke was born July 13 of 1954 in Mountain Home Air Force Base, Idaho. Her parents Bessie Joyce Menke and Hans Menke proceeded her in passing. Joyce instilled in Janet the characteristics needed to be an extraordinary grandmother.

Janet moved to Arizona over 30 years ago with her cat Jake by her feet in the car to continue practicing as an Occupational Therapist (OT) at Banner Desert Medical Center. She went on to practice OT in a variety of settings, such as low vision, pediatrics, and geriatric home health. She was later offered the opportunity to begin the OT program as Pima Medical Institute where she could pass on the extensive knowledge that she had to the new Occupational Therapists and Occupational Therapist Assistants. She proceeded and continued to advise and mentor the next generation of new OT’s until her passing.

Her greatest joy was becoming a mother to Katherine Irina Menke (age: 27 years old) and a grandmother to Emma Grace Menke-Wortendyke (age: 10 years old) and Ava Jean Menke (age: 7 months old). Becoming a mother was quite a journey for Janet as she had traveled alone to Russia with thousands of dollars and rubles pinned to her bra to find her beautiful two year old daughter in a orphanage. Becoming a new grandmother was only slightly easier when Emma was born 2011. Ava joined her heart in July 2021. Janet devoted her life to her family, enjoying the chaos that followed; which she wouldn’t trade for anything. She lived for snuggles on the couch, family trips to Canada, and grandma activities of cooking, tea parties, and crafts.

She will be greatly missed by her girls, her family, friends, and the hundreds of lives she has touched. She was an angel on earth and is now an angel above with her well-deserved wings.

A celebration of life held in the Chapel at Legacy Funeral Home on March 11, 2022 @ 2pm to honor and remember Janet Menke through stories and moments that we have all experienced. In lieu of flowers, please consider making a donation in Janet’s name to the Lymphoma Research Foundation (http://lymphoma.org) or to the Golden Retriever Foundation (https://goldenretrieverfoundation.org).

To send flowers to the family or plant a tree in memory of Janet Menke, please visit Tribute Store

Share Your Memory of
Janet
Upload Your Memory View All Memories
Be the first to upload a memory!
Share A Memory
Send Flowers